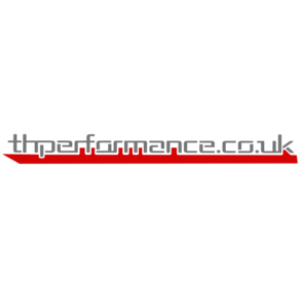 You have carts in multiple currencies
Total —

Here at TH Performance we are main agents for Pendle Performance which is a long established tuning company started by Martin with over 28 years mechanical background, a wealth of knowledge and many years of first-hand tuning experience.

With his in-house Maha MSR500 4WD Dyno facilities and close partnership with leading hardware manufactures in the industry, he is always at the cutting edge of the tuning industry.

We were the first Pendle agent with a rolling road which has been such as success that many other agents are now installing dyno's too. We are the oldest established agent along the south coast and the home counties and have been agents since 2012. We work closely with Martin to get the very best out of your vehicle. Pendle Performance can tune almost any vehicle out there so although our speciality is VAG and Ford Transit Customs we can tune most vehicles so get in touch with us for a quote.

In partnership with Pendle Performance we have perfectly tuned BMW's, Mercedes, Land Rovers, Range Rovers , Chrysler, Renault, Vauxhall and Saabs to name but a few.

Remapping is a process of altering your car engine’s computer, which is better known as an engine control unit (ECU). The ECU is programmed to manage functions such as the fuel injection, sensors, air flow, etc. By changing or overwriting this program with new software, the functions can be customised and the performance of your car can be improved.

What are the benefits of remapping?

Car manufacturers are known to program their models’ ECUs so that they are not performing at peak efficiency. This allows them to release a sportier model with a more efficient engine by simply reprogramming the ECU and making small design tweaks. Remapping your car means you can get the most out of your engine – improving performance, fuel efficiency and responsiveness.

Improved engine performance is another way of saying more speed and more power. The increase in horsepower you’ll get from remapping depends on what sort of engine you have. For example, you could get an increase of as much as 40-50bhp (brake horse power) for a turbo engine. It may be lower in other engines. Many remapping services also boast an increase in torque of up to 80nm (Newton metres). In other words, it’ll feel faster!

In regard to improved fuel efficiency, this really depends on how you drive your car. Rushing through gears, sudden and fast acceleration, speeding and sudden braking can have a negative effect on your fuel economy, increasing consumption. While this is true whether you remap your engine or not, the combination of remapping and smooth driving will offer better fuel efficiency than good driving on its own.

Are there downsides to remapping?

If you have a fairly new car, one of the biggest downsides is that remapping your engine MAY (this is a grey area, some don't mind it, some do) invalidate the manufacturer’s warranty. You could remap your car once your warranty expires, or you may be willing to take the risk – it’s up to you.

It is possible for your engine to be damaged by remapping, but the chances of this happening are very slim. However, most reputable remappers will offer a lifetime warranty on the software they install on your ECU anyway.

Remapping may increase your insurance premium, but you can find a good deal by using a specialist insurer like Adrian Flux or A-Plan who offer insurance tailored for owners of modified vehicles. You must declare that your car has been remapped regardless of the insurer you choose (or your policy could be invalidated).

Driving your car after its been remapped will feel different. Most drivers will adapt after a few trips in a freshly tuned car, but for some drivers may not enjoy the new driving experience as much as they had hoped. Thankfully, remapping is completely reversible!